The room was full of event professionals.

I was on stage with two other panelists and a moderator for the morning keynote panel. We were fielding questions from the moderator.

One of the questions the moderator asked me took me on memory lane back in the early 90s when I began a rewarding journey. I mentioned how two books launched me into a new beginning from which I never recovered.

At the end of the panel, participants were given the opportunity to ask questions. The question directed toward me was: “What were those two books?”

I was so excited and shared how these two first personal development books impacted my life at the early stage of my leadership.

In this email, I’d like to share with you an expert from my 4th book “The Hight Level of Greatness” (p. 16 – 18) where I detailed how these two books influenced me.

“…If you are wondering and asking what these books that
transformed my thinking were: 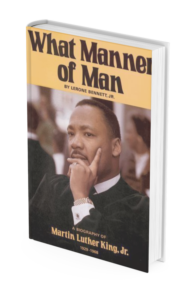 Reading the biography of Martin Luther King (MLK) changed me forever. The story exposed me to see, for the first time, that a black man can become great. The thought never crossed my mind that a black person like me could have a global impact and leave an enduring legacy.

Before reading the biography of MLK, I had never heard of any black leader who had global influence. Of course, afterward, I was exposed to the stories of the first black President of South Africa- Nelson Mandela, and Barack Obama- the first black President of the US. Afterward, I learned about many other successful great black men and women like Maya Angelou, Oprah Winfrey, and so on.

Of course, back then, I wasn’t that aware of the powerful influence of the MLK story. It inspired, challenged, and ultimately transformed my thought process and changed my faulty perceptions. It created a radical shift in my belief system and enabled me to experience a quantum leap.

Dale Carnegie’s book, too, had an enduring impact. It empowered me to do something about my newfound revelation concerning unlimited human potential. It showed me the power of communication and its direct and indirect benefits. My journey as an author, coach, facilitator, and speaker was launched after reading his book.

As soon as I read these two books, I went out to practice what I had learned. I volunteered to form a youth association and became the first president. Soon after, I left my hometown and enrolled at Addis Ababa University (AAU)- the largest university in my country. The story is long, but when I became a third-year student, I was elected the president of the student union.

Think about this. I was from the smallest faculty, and nobody knew me. I was also from a faculty that most students at AAU despised- the Faculty of Veterinary Medicine. I was the first one. No one from the science field, let alone from veterinary medicine, has ever assumed one of the top leadership positions of this historic and gigantic university. That was then when I was a youth.

Today, I have multiple degrees, including a doctoral degree, four books under my belt, and coaching and training leaders in world-class organizations in the US and abroad. It is short of a miracle for a guy who began his journey from that lowly place to come this far. Of course, what I’ve accomplished and where I’m today may not be that impressive to many people who weren’t where I was initially.

Besides, I’m nowhere near where I intend to finish my race, far from my destiny. The goal of sharing how I began my journey from a humble beginning isn’t to brag about it. I’m inspiring you to begin your unique journey to become your highest self.

If I could come this far, you have a better chance than I had. It doesn’t matter who you are in life, where you’re from, or what you’ve achieved — you’re greatness material. The great ones you adore were where you are today, far from their glorious destiny. If you’ve not yet, begin this rewarding journey toward the highest level of greatness now!” p. 16 – 18.

Hope you enjoyed the story…